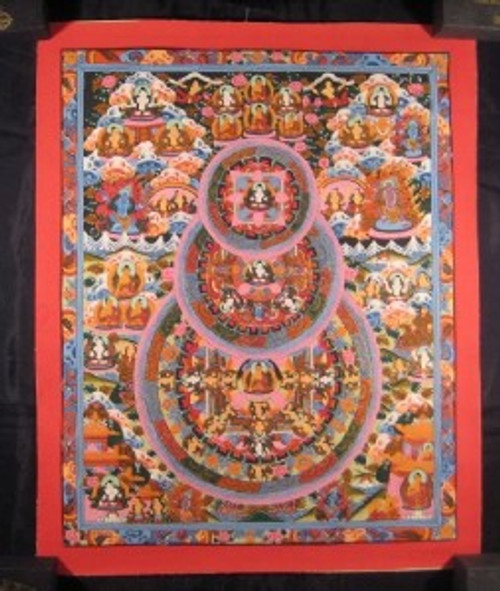 This is a lovely mixed gold Buddha Mandala Thankga painting from Nepal that I brought back with me from a recent trip. It is very lively and colorful with nice detail.

No noticeable flaws and the canvas is in good condition