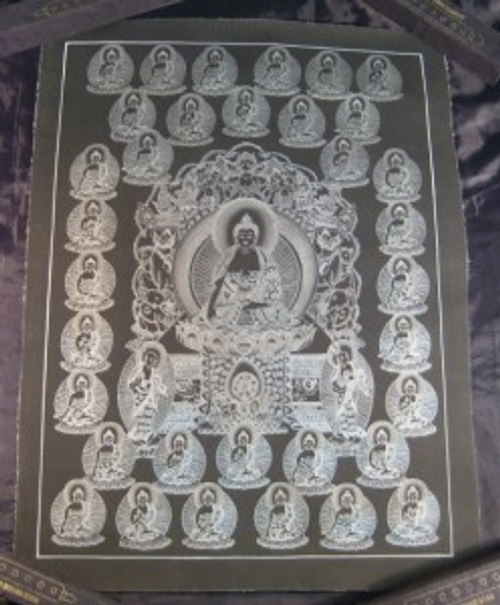 This is a gorgeous hand painted Pure Silver Shakyamuni Buddha Thangka from Nepal. I hand carried it back with me from my last trip there knowing someone would love to have it. The details are awesome and the canvas is very clean.

No noticeable flaws  in the artwork. The canvas edges are a bit tattered and wrinkled but this does not extend into the painted area except but a few places and only a few millimeters. I have discounted some for this and once framed it should not be an issue.

Whoever gets this painting will treasure it for sure.