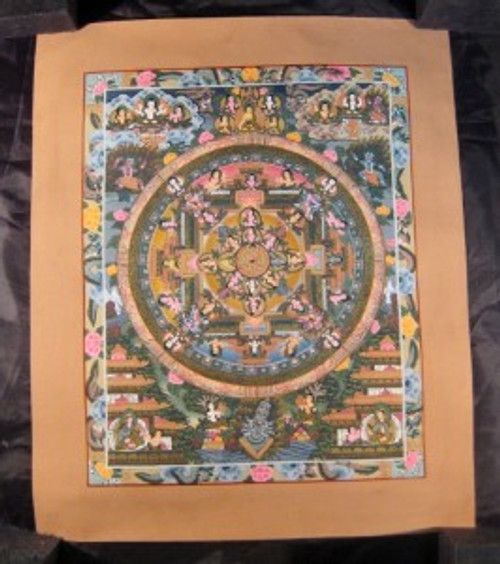 This is a beautiful 24 K gold Buddha Mandala Thankga painting from Nepal that I brought back with me from my last trip. the painting has excellent detail with many characters and events as well as an amazing dragon border.

Some history of Shakyamuni Buddha:

The only little flaw I notice is a small circular dot only about 1 mm at the bottom border right below a dragons tail. Only noticeable under very close inspection and does not lessen the paintings beauty.  The canvas is in very good condition.

I know whoever gets this painting is going to love it.