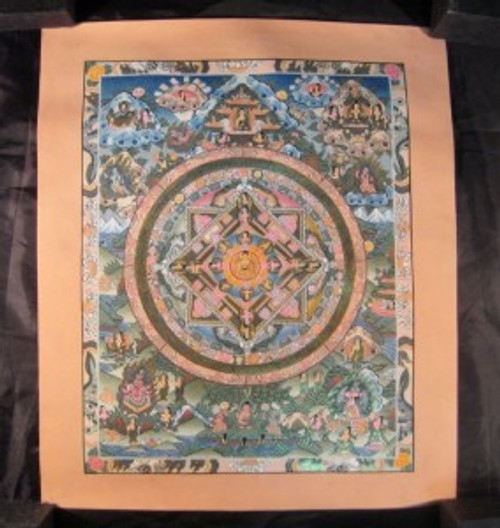 This is a beautiful 24 K gold Buddha Mandala Thankga painting from Nepal that I brought back with me from my last trip. the painting has excellent detail with many characters and events as well as an amazing dragon border.

No noticeable flaws and the canvas is in great shape as well.

I know whoever gets this painting is going to love it.