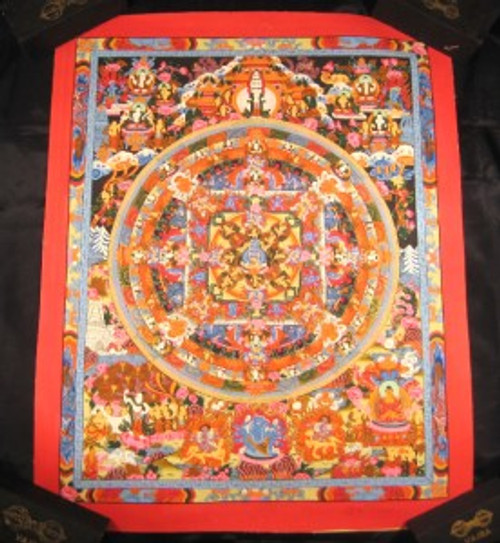 This is a brilliant Life of Buddha Thangka painting from Nepal. I brought it back with me from my last trip there knowing someone would love to have it. The colors and detail are excellent and real gold paint was used as well as an accent. Please take a look at the small up close pictures to get an idea of all the character and events portrayed in this painting.


This Painting pays Tribute to The Lord Buddha Shakyamuni. His life story goes like this.

A great painting. No real flaws or damage. The canvas is in nice shape as well